You are at:Home»Anti-ageing»A Digital Detox in a Spa with Space

A Digital Detox in a Spa with Space

I was looking for a digital detox and spa with space for some much needed ‘rejuvenation time’ and that’s exactly what Ste. Anne’s Spa Retreat offered. Sitting under a 200-year-old Maple tree, the blue shadows of Lake Ontario rippling in the distance and the fragrance of lavender drifting in from the nearby fields I finally relaxed as I sipped a glass of lemon and cucumber water while waiting to be called for my milk and sesame stone wrap… 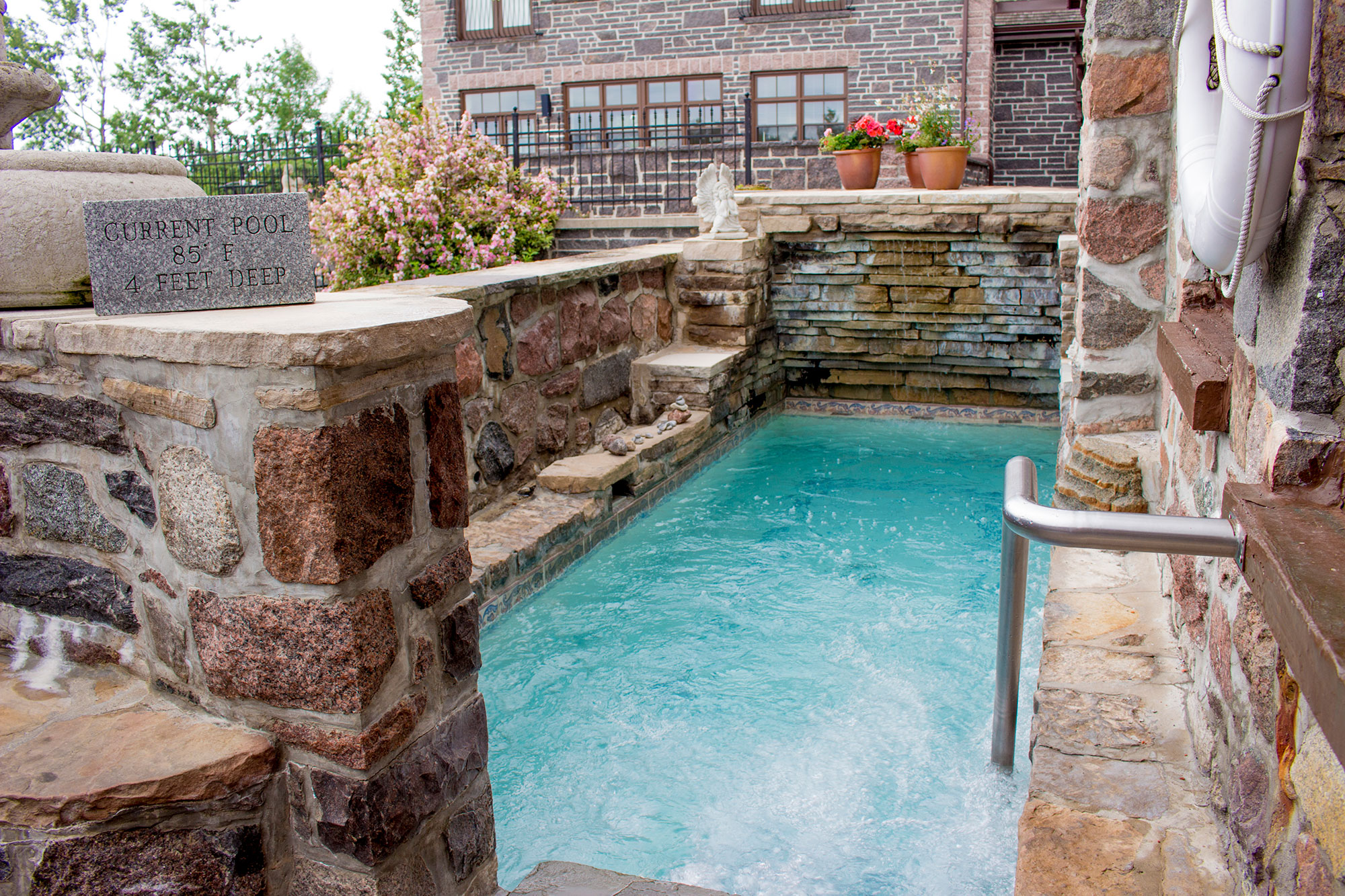 After an eight-hour flight to Toronto and one-hour train ride to Cobourg Station, I knew I was in good hands when the retreat manager warmly welcomed me from the carriage, took my bags and escorted me to a luxury eight-seater 4×4 van for the 10-minute ride to the spa.

On arrival at Ste. Anne’s I was shown to my spacious Garden Room (bags were impressively already placed on a luggage rack by my bed) and presented with a light welcome snack which included blackberries and apples of the fruit and none electronic variety which was the shape of things to come as this is a place where nature reins over networks.

“Ste. Anne’s is a retreat to relax in. Digital Free. Television free, no internet access, no mobile phones in public areas and alcohol free…”

There is a polite sign in each bedroom which says:

“It is OK to sometimes just sit and relax!” A proper digital detox…

But, as a self-confessed tech junkie I spent the next hour literally ‘bouncing off the walls’ as I weaned myself off all things electronic and gradually surrendered to the tranquil atmosphere and started to appreciate and enjoy free time and space.

Bathrobes and slippers were laid out in the vast bathroom. I spent the next two days relaxing in a robe, dapping back and forth between the restaurant, relaxation room and spa – which was literally down the corridor.

Each day started with a light, healthy breakfast which included the best freshly-squeezed grape, apple, ginger and grapefruit juice I have ever tasted, fresh yoghurt, health cereal and the option of salmon scrambled egg. 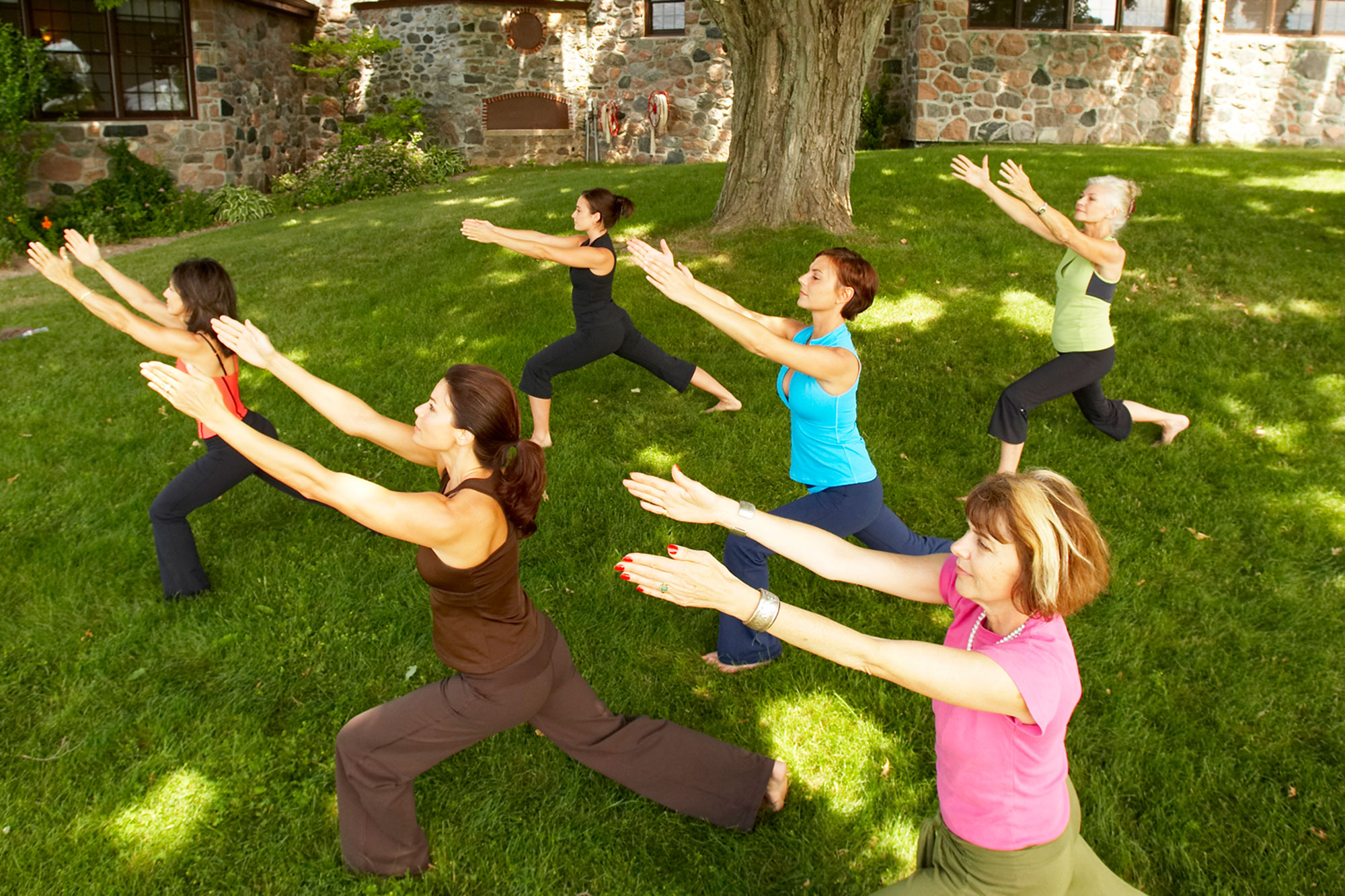 Breakfast was followed by an hour session of yoga. Beginners were welcome and as a first-timer I was made to feel comfortable and am fast becoming a yoga convert.

My first treatment was a wonderfully relaxing and detoxifying milk and sesame stone wrap using products from the Aveda range. Darlene my therapist described it as a treatment which “increases the blood and lymphatic circulation in your body, stimulating the immune system and soothing sore muscles”.

As the treatment started I could feel what she meant. The wonderful products were complimented with a warm head, face and foot massage which helped me to unwind and let go even more after my long journey through five time zones to get here.

Spending an hour or two using the spa’s facilities before and after a treatment is a must – rotating between the hot tub, steam room, indoor and outdoor (seasonal), spring-fed pools helps to open the pores and relax the muscles which means you get more out of your treatment.

The hour after lunch was spent taking part in gentle or strenuous outdoor activity such as a brisk walk around the 400-acre grounds or snow-shoeing.

After my brisk walk it was a pleasure to sit back and enjoy the Caribbean Foot Rejuvenation treatment which improves circulation, softens the skin and soothes tired and aching feet.

For those staying longer than a couple of days or anyone wanting some additional fresh air and outdoor activity, there is a fabulous 60-minute woodland walk through the surrounding countryside which offers spectacular views of Lake Ontario.

Being more accustomed to Wellington’s, I was quite intrigued to find out Ste. Anne’s provided snow-shoes for guests to explore the vast fields and gardens during the winter months.

The hotel owners have created a splendid retreat and spa. The luxury bedrooms and healthy restaurant, combined with vast gardens, spacious spa facilities and treatment rooms have placed Ste. Anne’s firmly at the top of my list of spa retreats that gives you time and space.

After being cocooned in the comfort of this wilderness retreat, I have to admit it was an effort to switch back on my Blackberry and Apple and reconnect to a world I was reluctant to leave behind only two days before…

The Niagara Parkway, formerly known as Niagara Boulevard and historically as the Niagara Road, is a scenic road in the province of Ontario that travels on the Canadian side of the Niagara River from the town of Fort Erie to Niagara-on-the-Lake. The portion north of Table Rock in Niagara Falls is designated as an Ontario Scenic Highway.

The Niagara Parkway begins at Fort Erie in the south. It passes through several villages along the river before passing through the tourist district of Niagara Falls. North of the city it provides access to several attractions, including the Whirlpool Rapids, Butterfly Conservatory, and Brock’s Monument at Queenston Heights. The route ends at Fort George, southeast of the urban centre of Niagara-on-the-Lake.

The parkway was referred to by Sir Winston Churchill, during his surprise visit in 1943 with his daughter Mary. They had finished with meetings with the Prime Minister and President at the Quebec City Conference and came to Niagara Falls for a respite, and is believed to have said the quote to his daughter after having been driven down the Niagara Boulevard:“the prettiest Sunday afternoon drive in the world.”